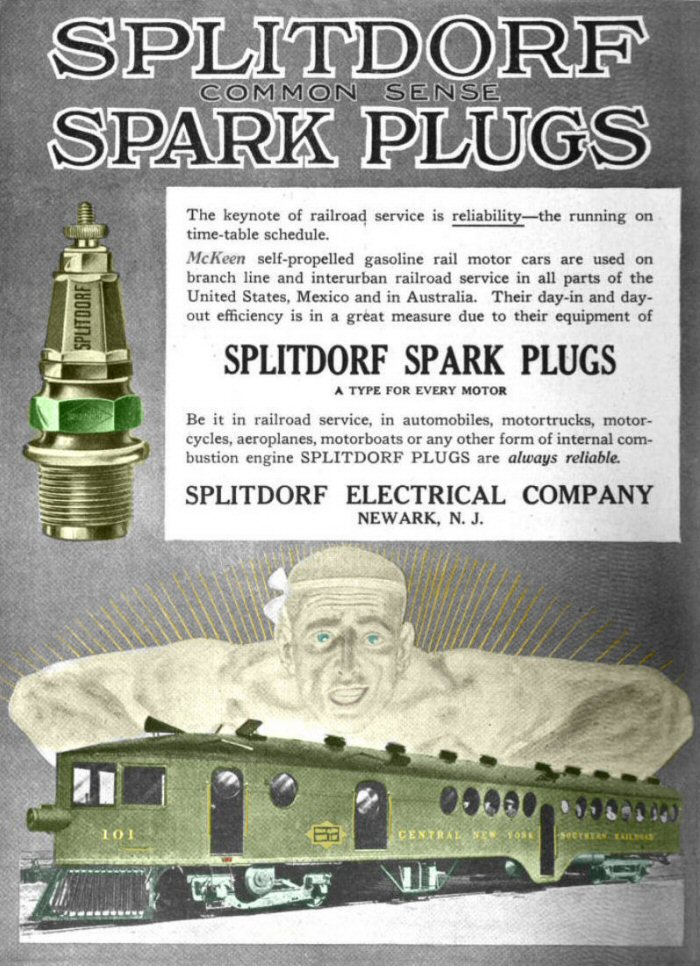 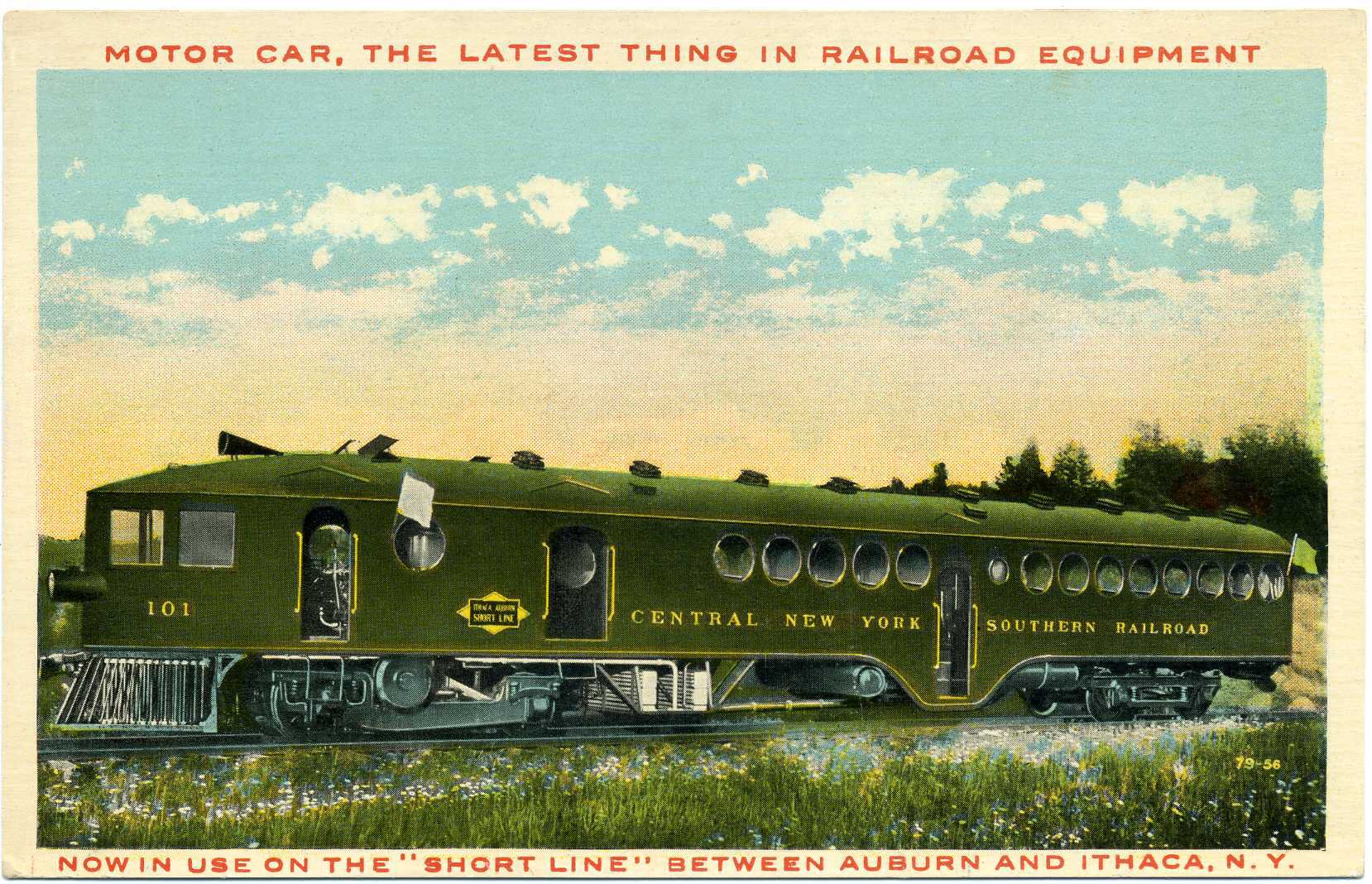 Courtesy of the Genoa Historical Society.

Courtesy of the Genoa Historical Society.
One of the McKeen cars at the station in South Lansing. 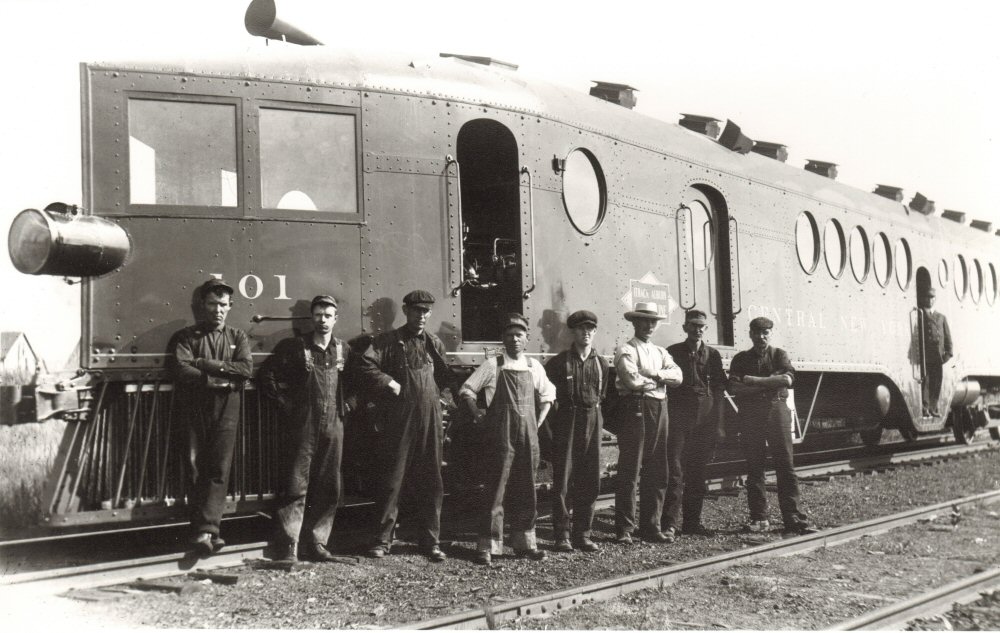 McKeen Motor Car #101 with railroad workers. Oddly, there are 9 workers in this photo, and only two were needed to run the McKeen Car, so either they were transporting workers, or they were just outside a yard, and were taking a company photo.