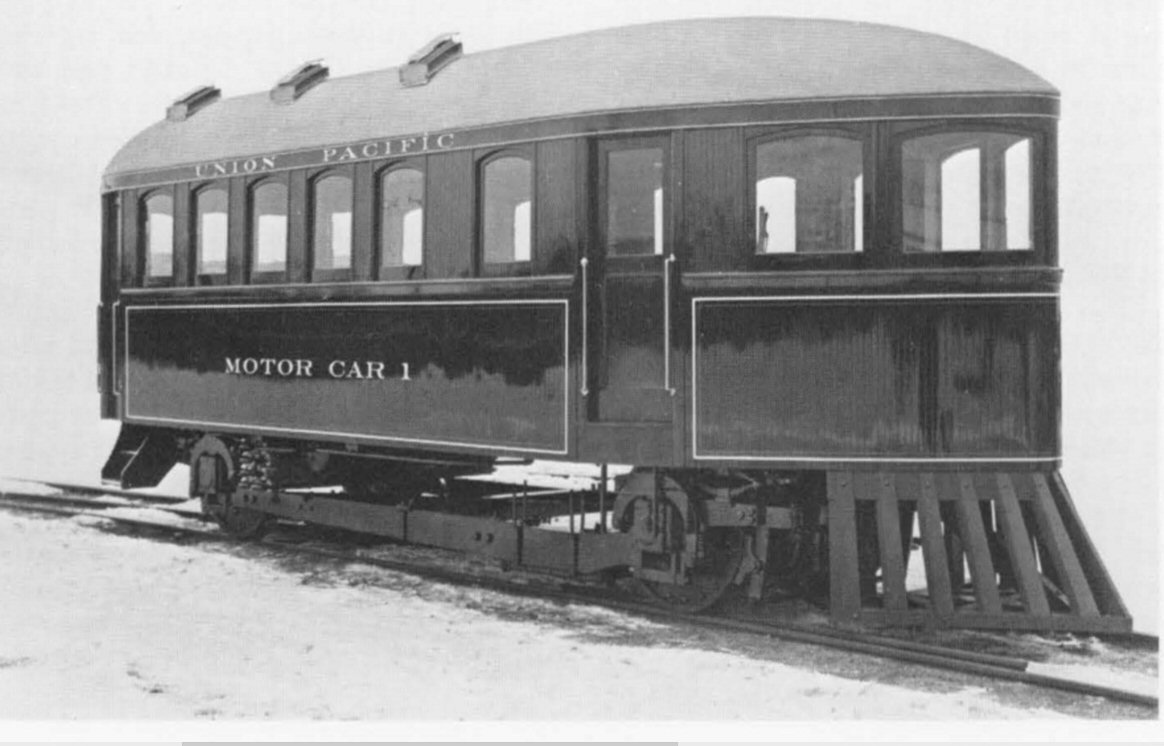 McKeen Car #1 in the factory before being completed, photo taken before May of 1905.

Blueprint of the McKeen Car #1, which shows the cab, and passenger section. 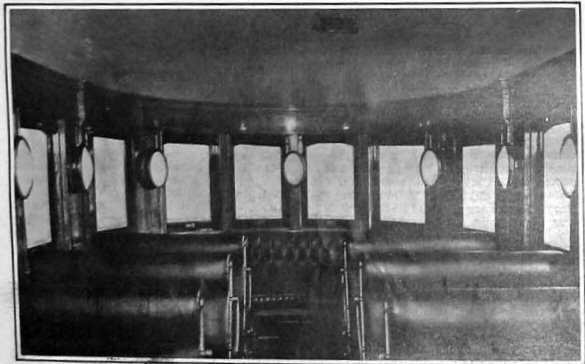 Photograph of the interior of the car, showing acetylene lights, possibly green imitation leather bench seats, and the rear bench, the car was finished in Ash, and finished natural. 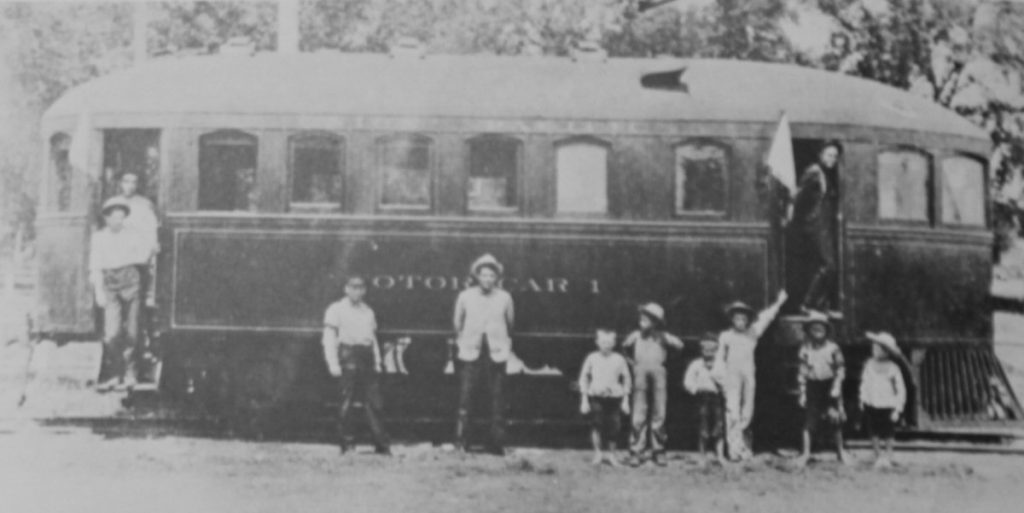 #1 Stopped at Schuyler, Nebraska en-route back to Omaha, Nebraska. 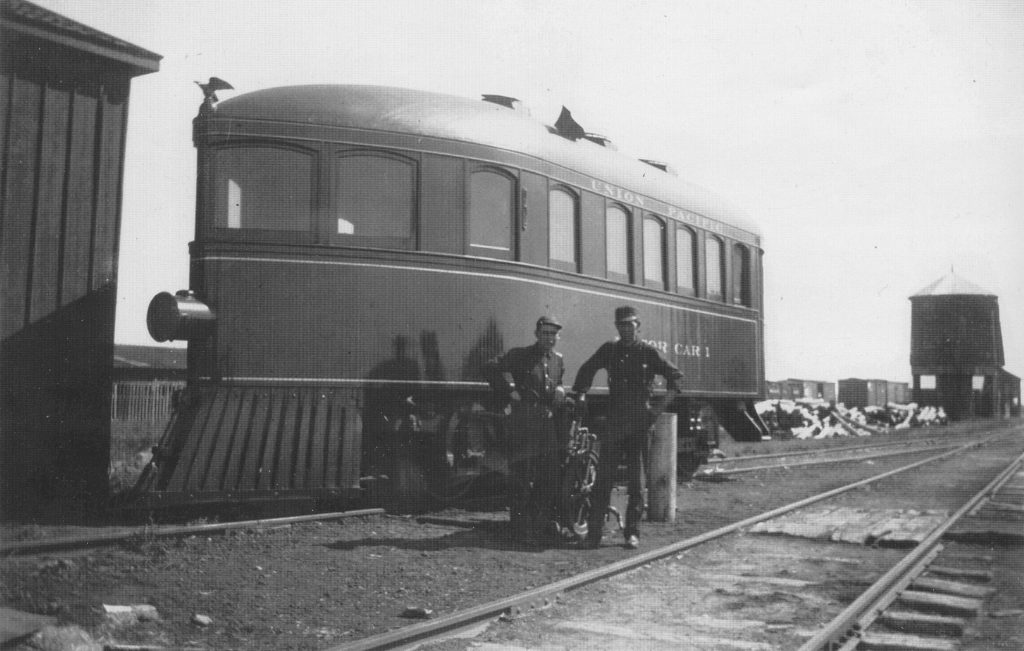 Scan of the engine plate off of the Gasoline Engine in the U.P.#1. 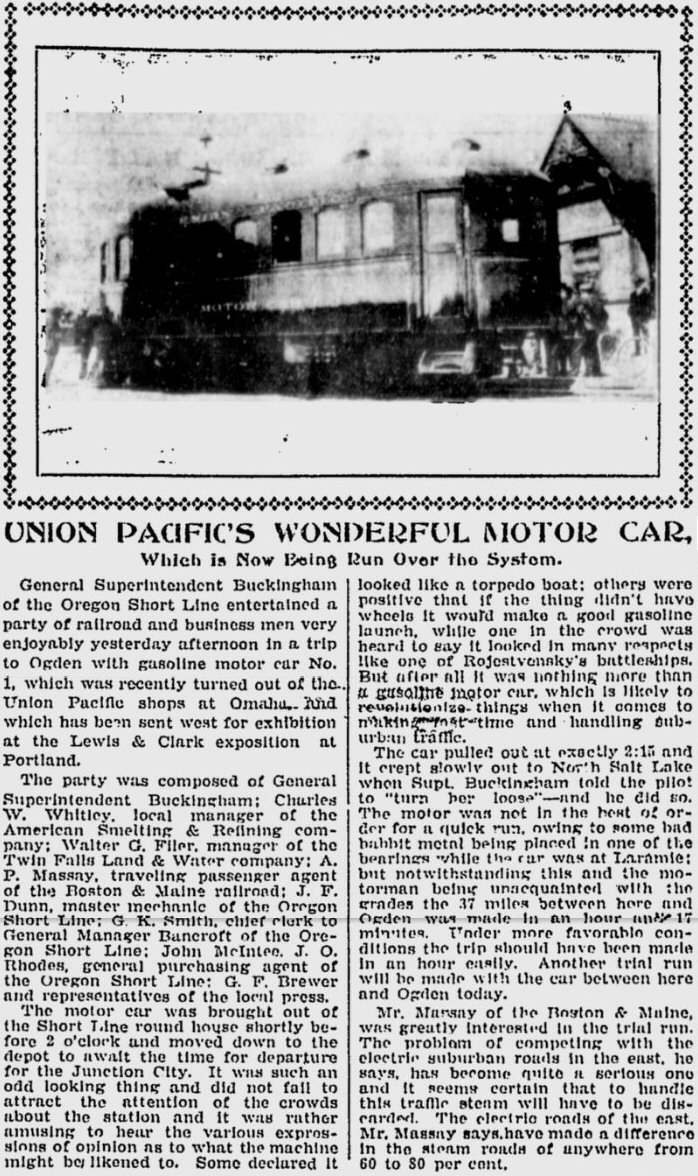 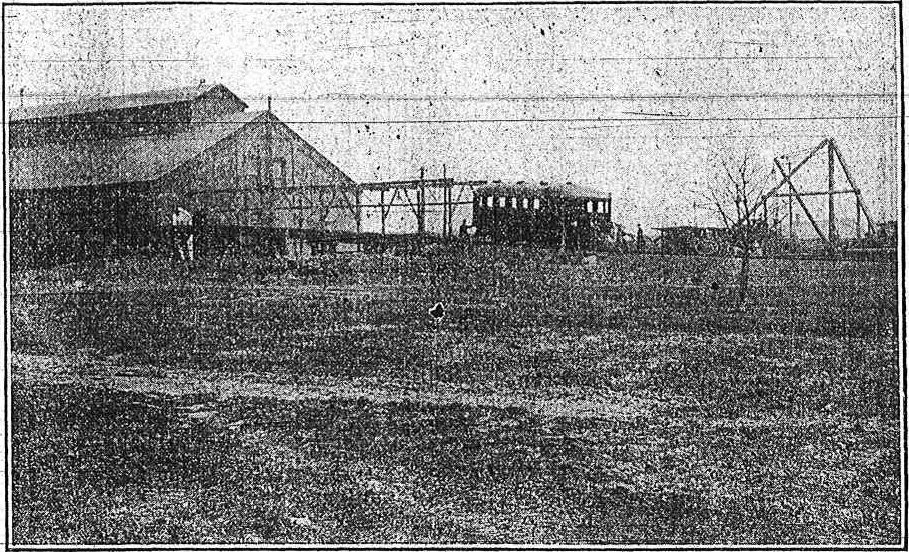 Other Sources of Information for the U.P #1