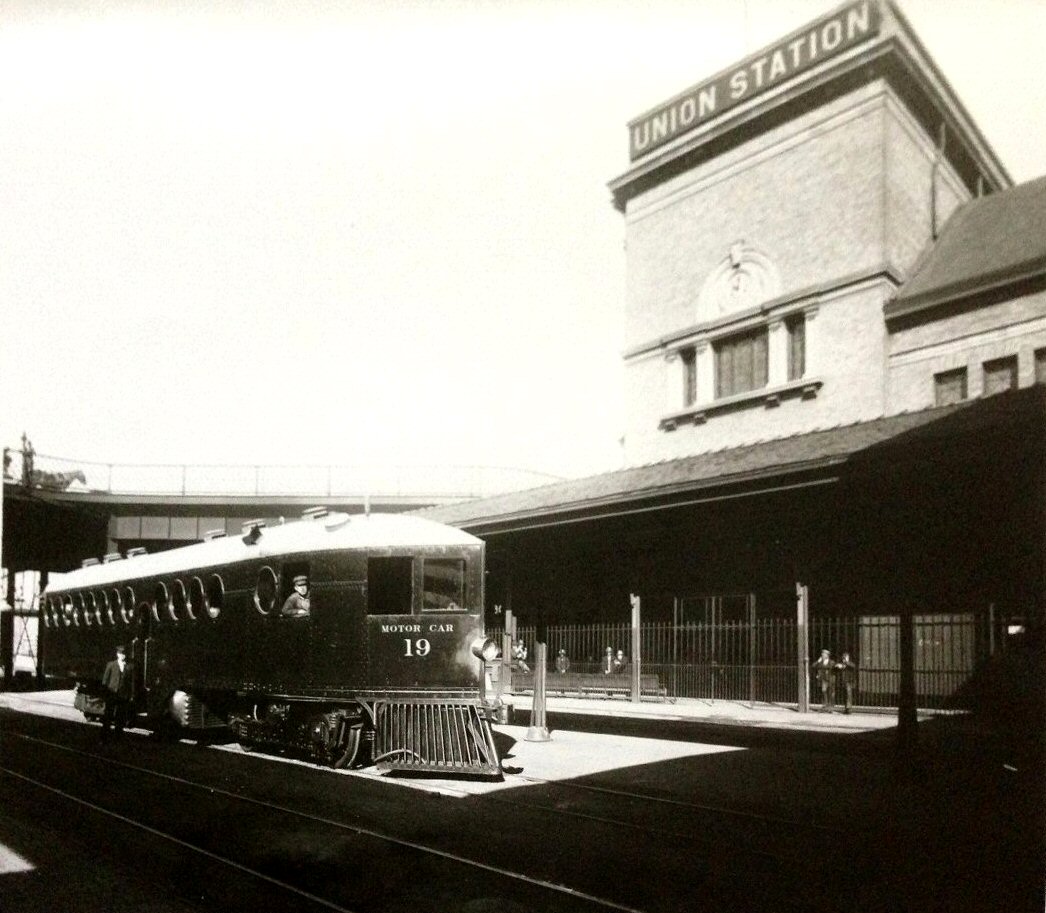 U.P.M-19 possibly at Omaha Station during a photo shot to popularize the later “1910” styling of the McKeen Cars.  There really wasn’t a change in functionality, but since the company just had over 80 orders in 2 years, they wanted to change and “Improve” the design, to keep it up to date.  As Chris DeWitt mentioned in a small discussion between him and I, he stated that that was part of McKeen’s problem,  He wouldn’t stick with one idea, he was always changing. (Not the exact quote.) 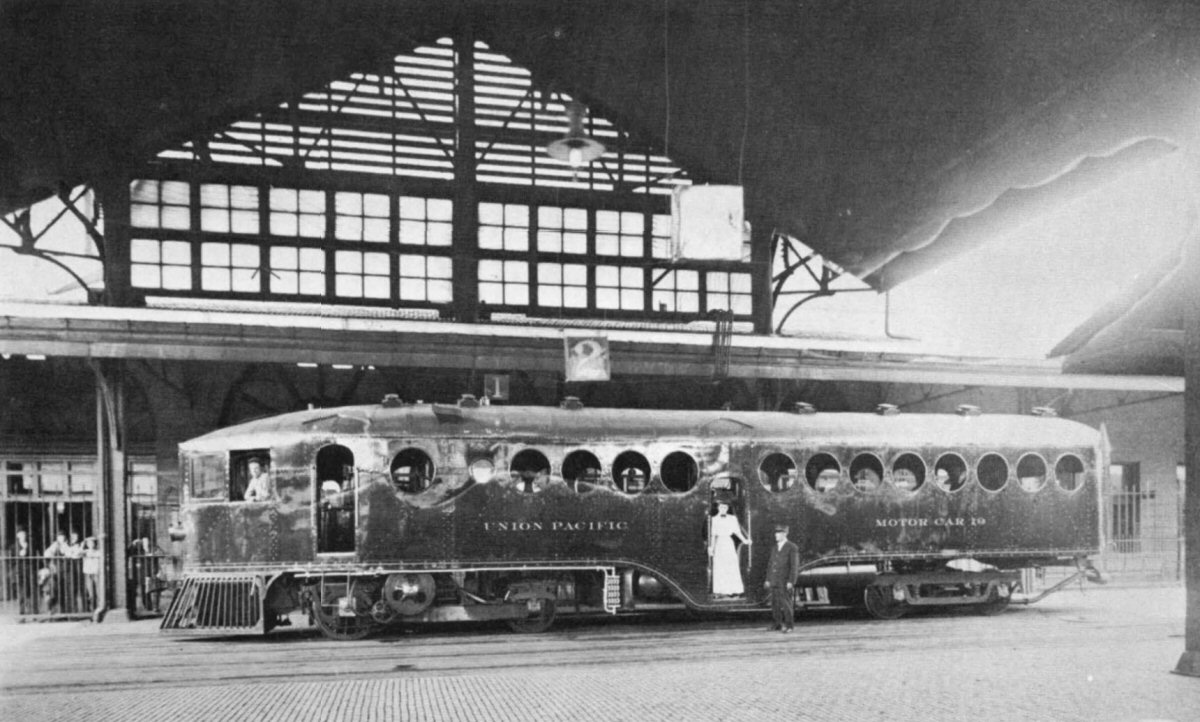 Photo of U.P.#19 in Omaha Station during a photo op. 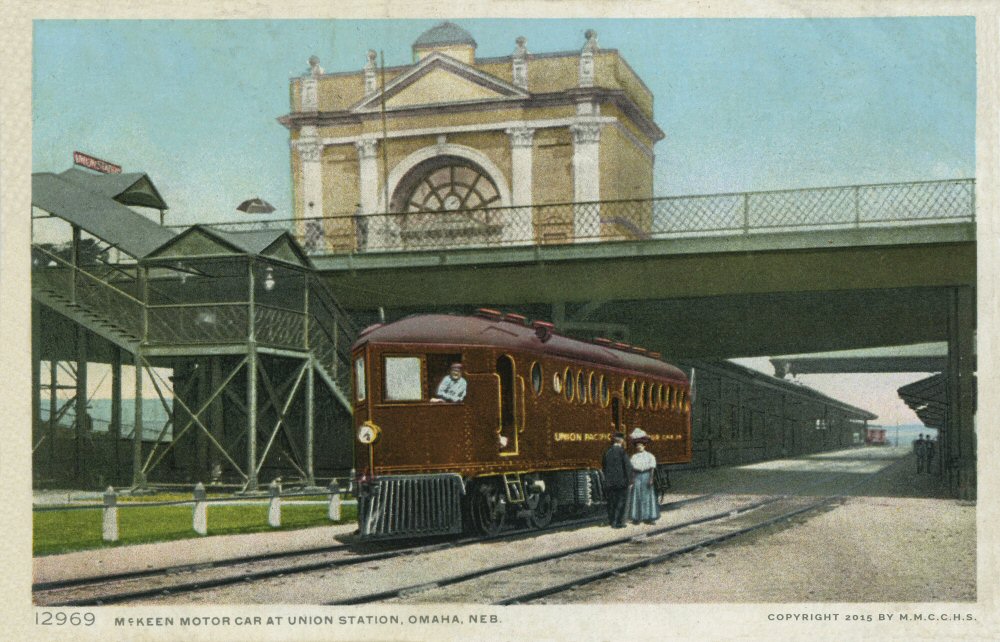 This is a postcard view of U.P.#19 at the Omaha Union Pacific Station, from the same “photo-op” as the previous two photos. 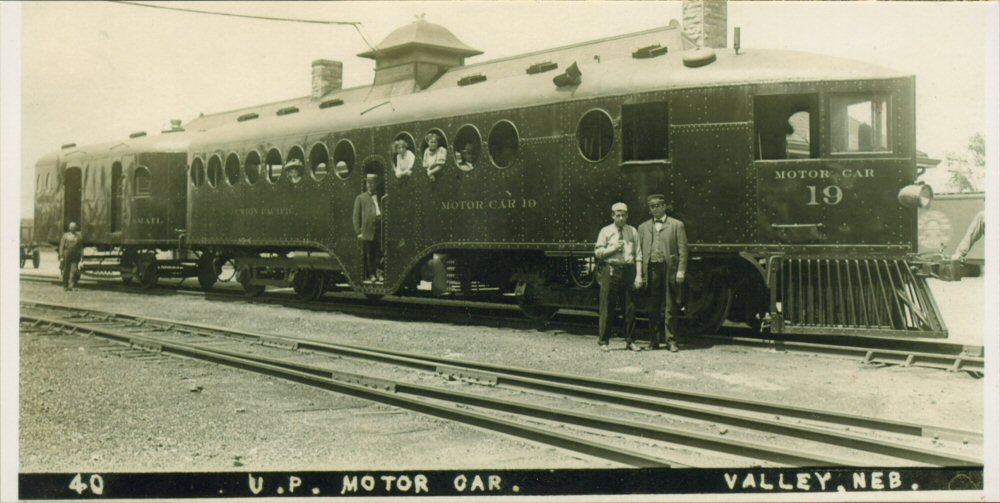