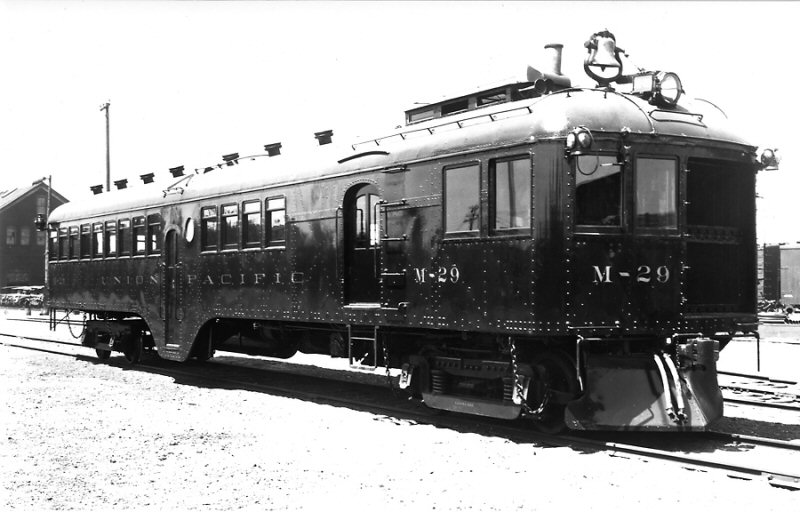 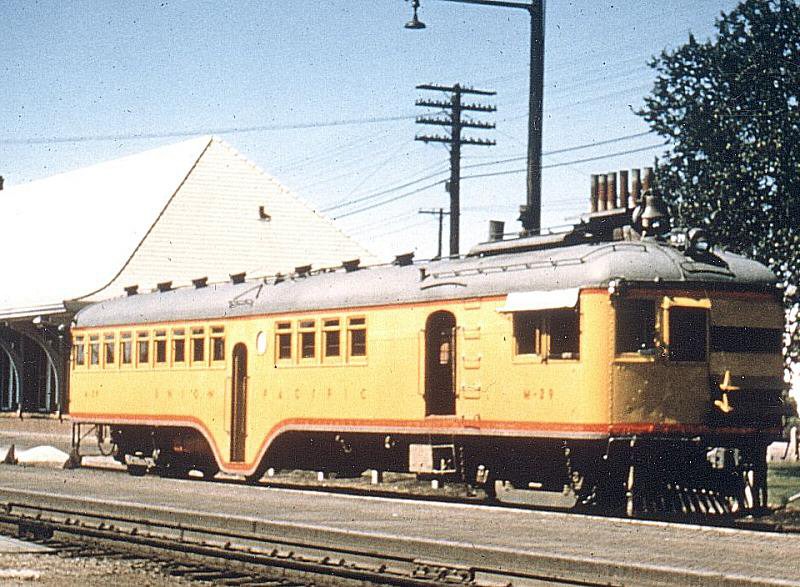 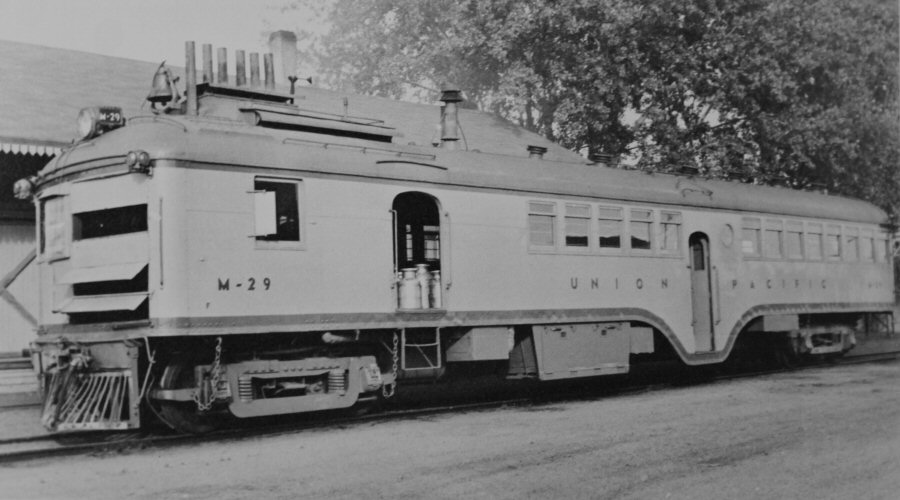 Union Pacific M-29 at an unknown station hauling milk, after 1934 when streamlined, but before it was reduced back to a simple paint scheme seen in the photo from 1950 below. 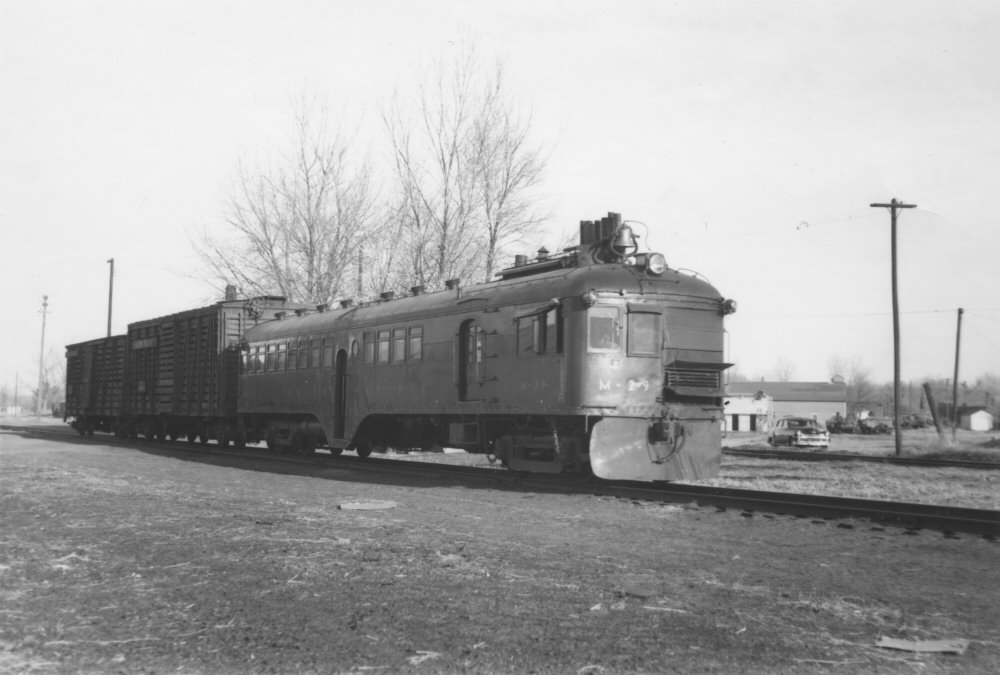 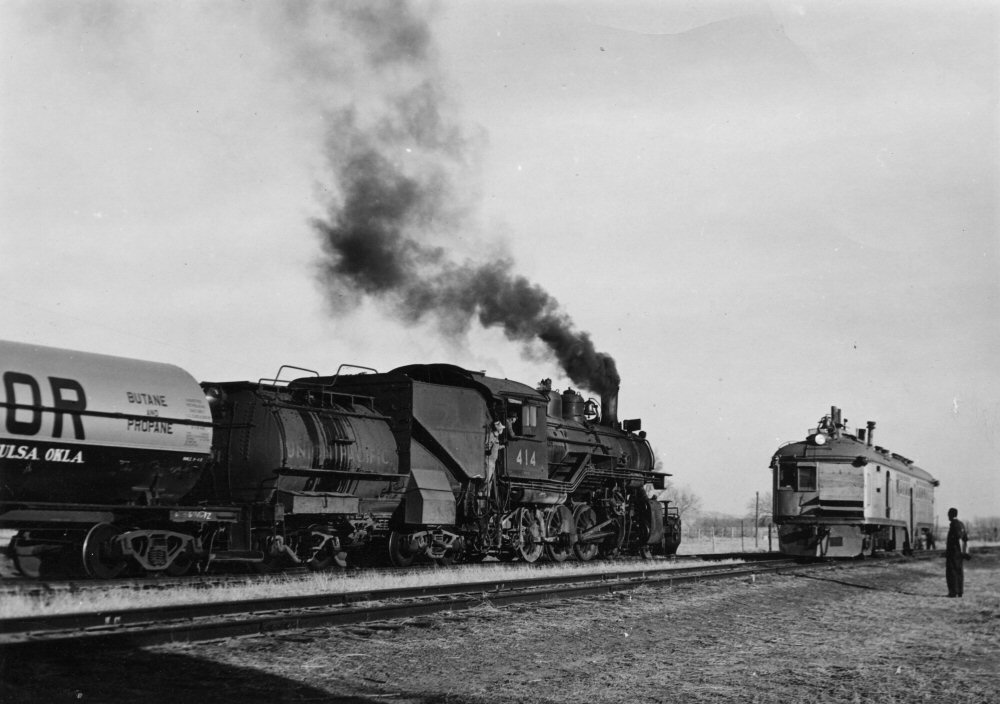 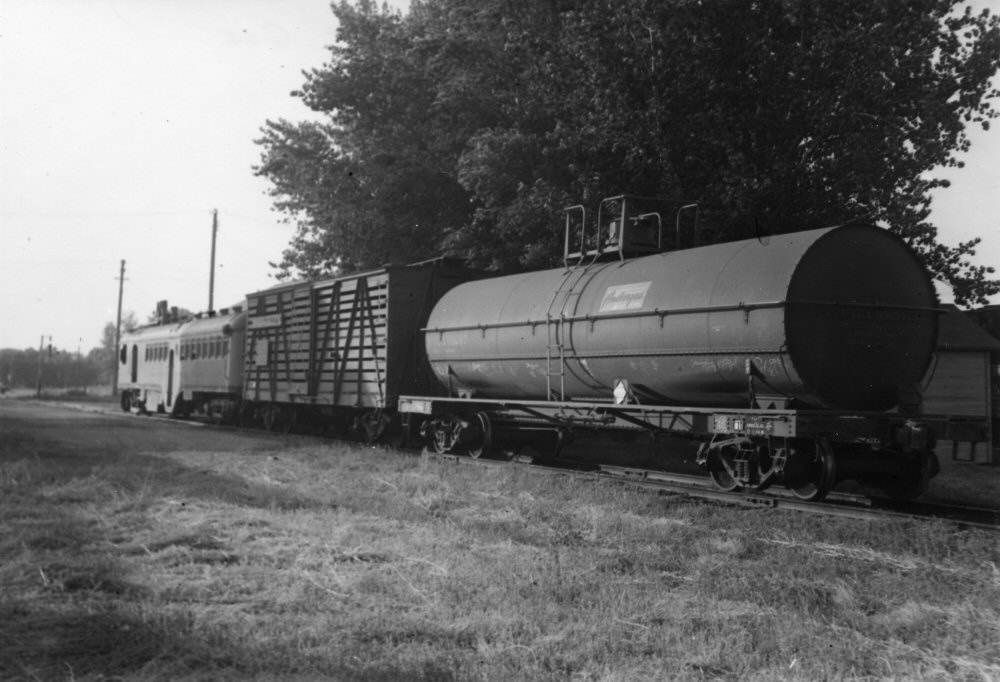 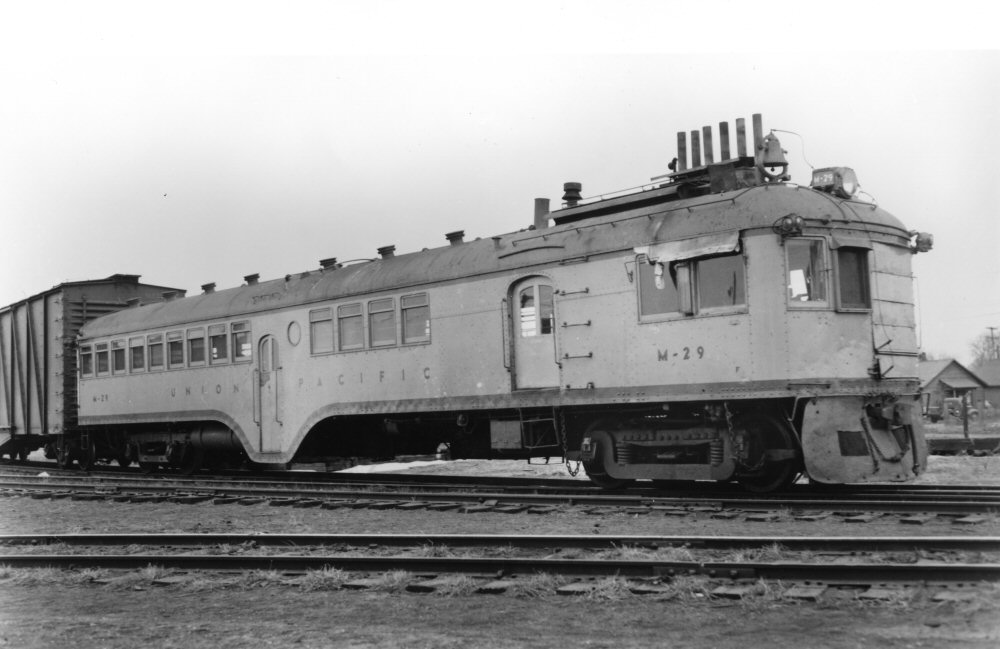 This is the last confirmed photo of M-29, being scrapped only months later.