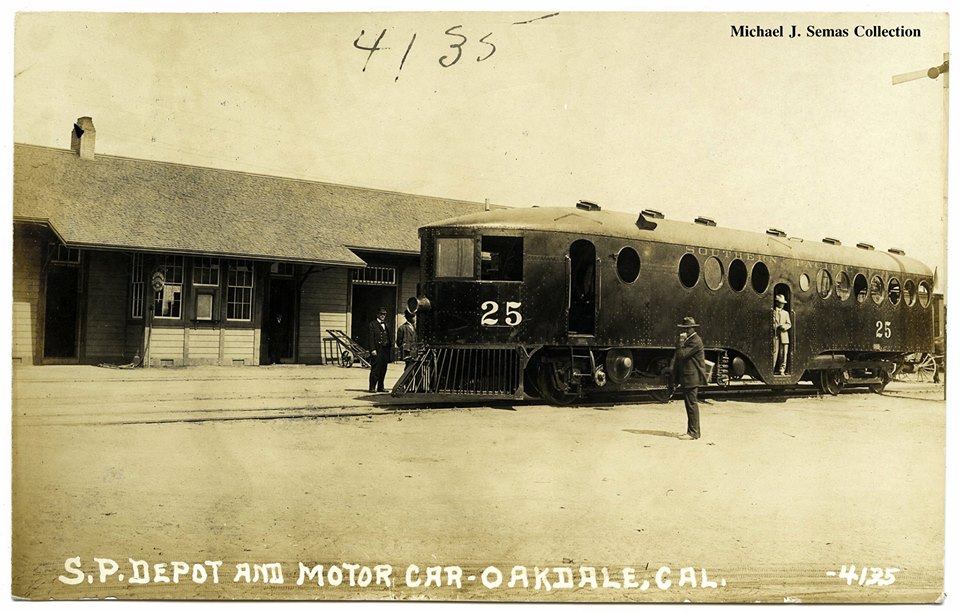 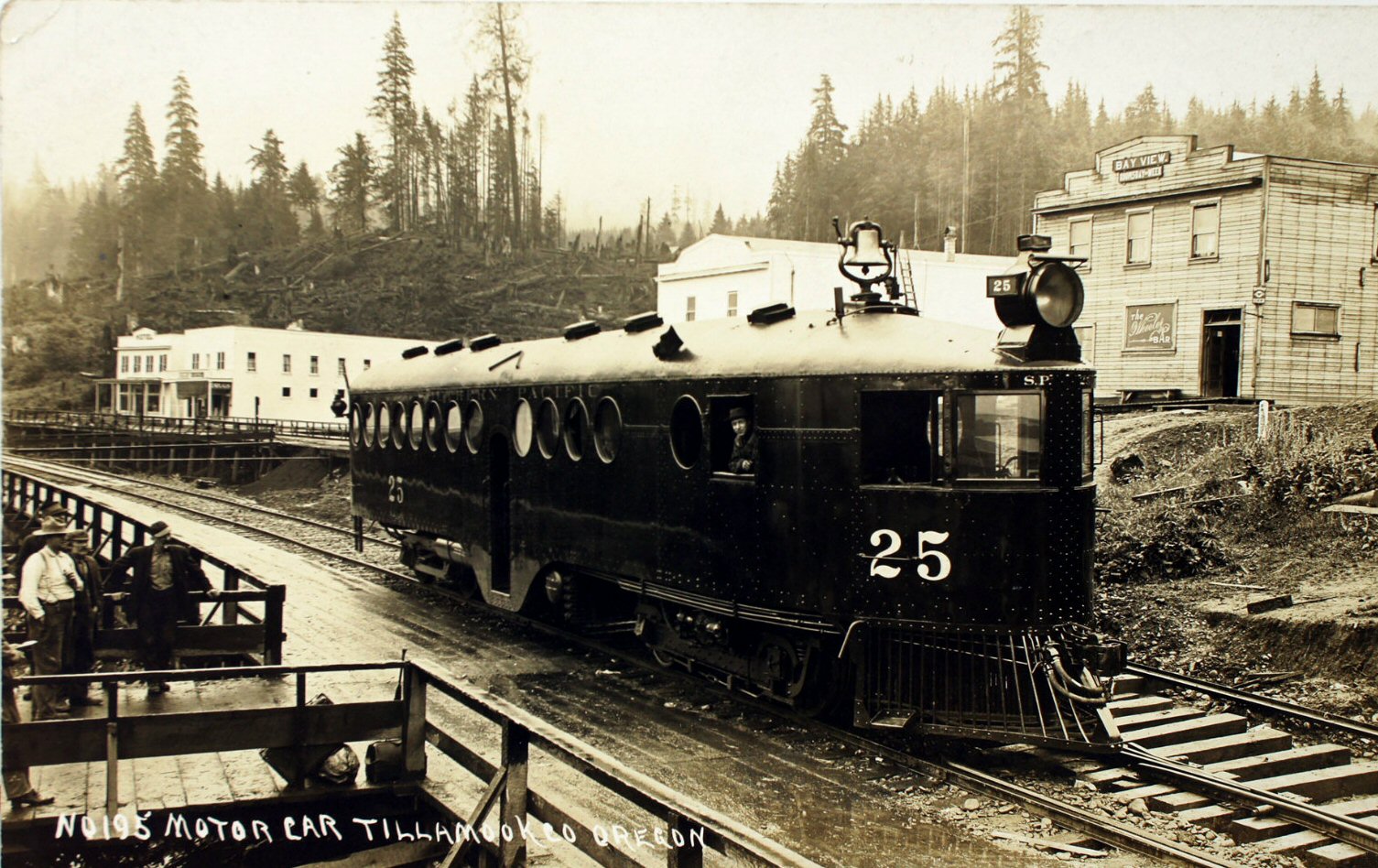 Southern Pacific Motor Car #25, with the parabolic design, shown in the blueprint at the bottom of this page.  This car was built in 1908-’09, and was received by the railroad on February 25th, 1909.  What ever happened to this car is unknown, but it is believed it was scraped in or before 1936.