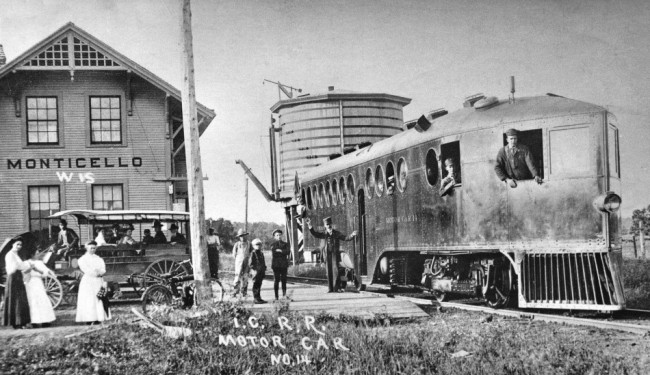 Illinois Central #14 during the summer run. 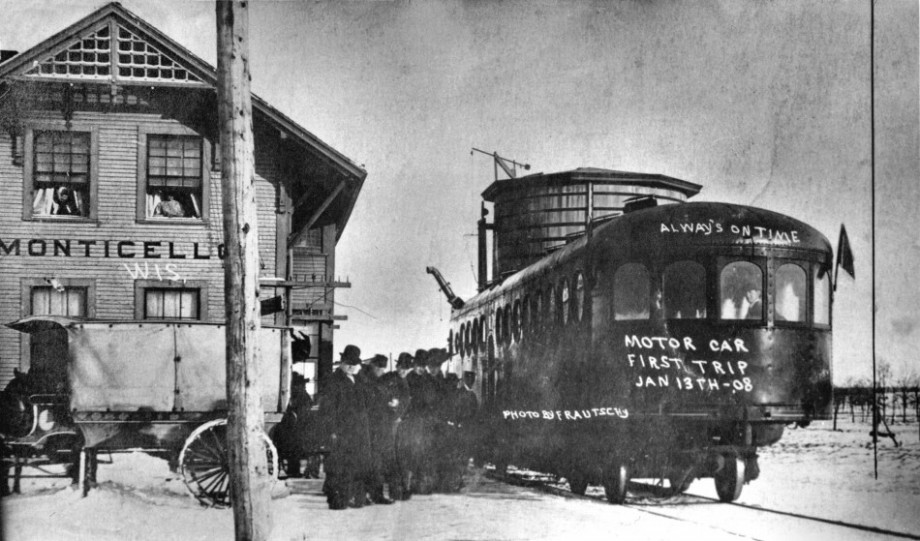 Two views of the Motor Car which made one round trip daily from Freeport, Ill., to Madison, Wis., making its first trip January 13, 1908. It was nicknamed ‘The Scooter” and was run by gasoline. It was in operation about two years, was often out of commission, and carried mail as well as passengers. While the Motor Car was used, the regular Illinois Central train made one round trip daily.
Illinois Central #14 during the Winter run.

During the years 1913 through 1918, the livery business was owned and operated in partnership by Henry J. Elmer and Walter Wittenwyler, who at that time owned 28 horses. Often all the horses were in use, being used for other purposes as by village doctors, travelling salesmen and other travelers. Excerpt from Monticello, Past and Present, 1976.