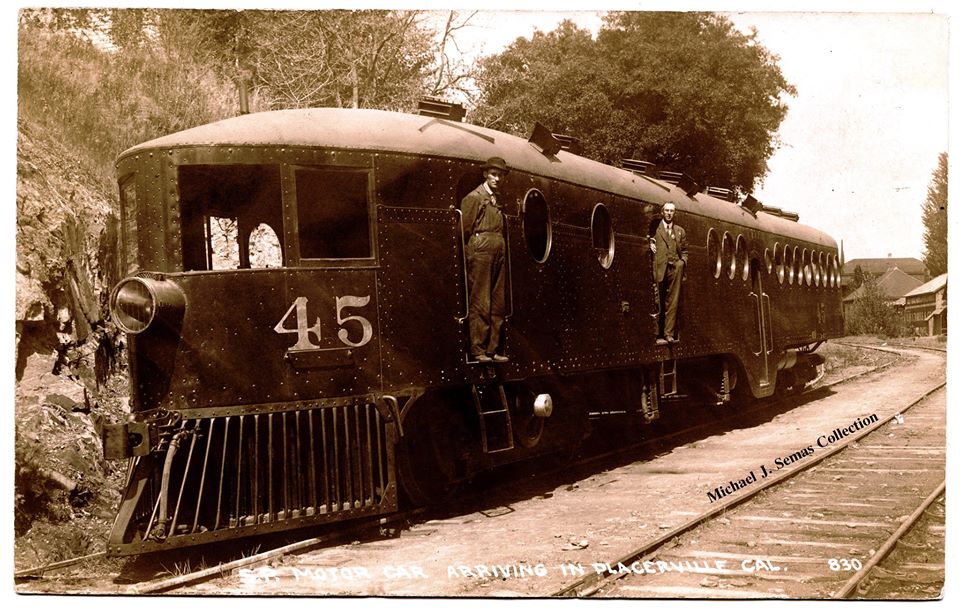 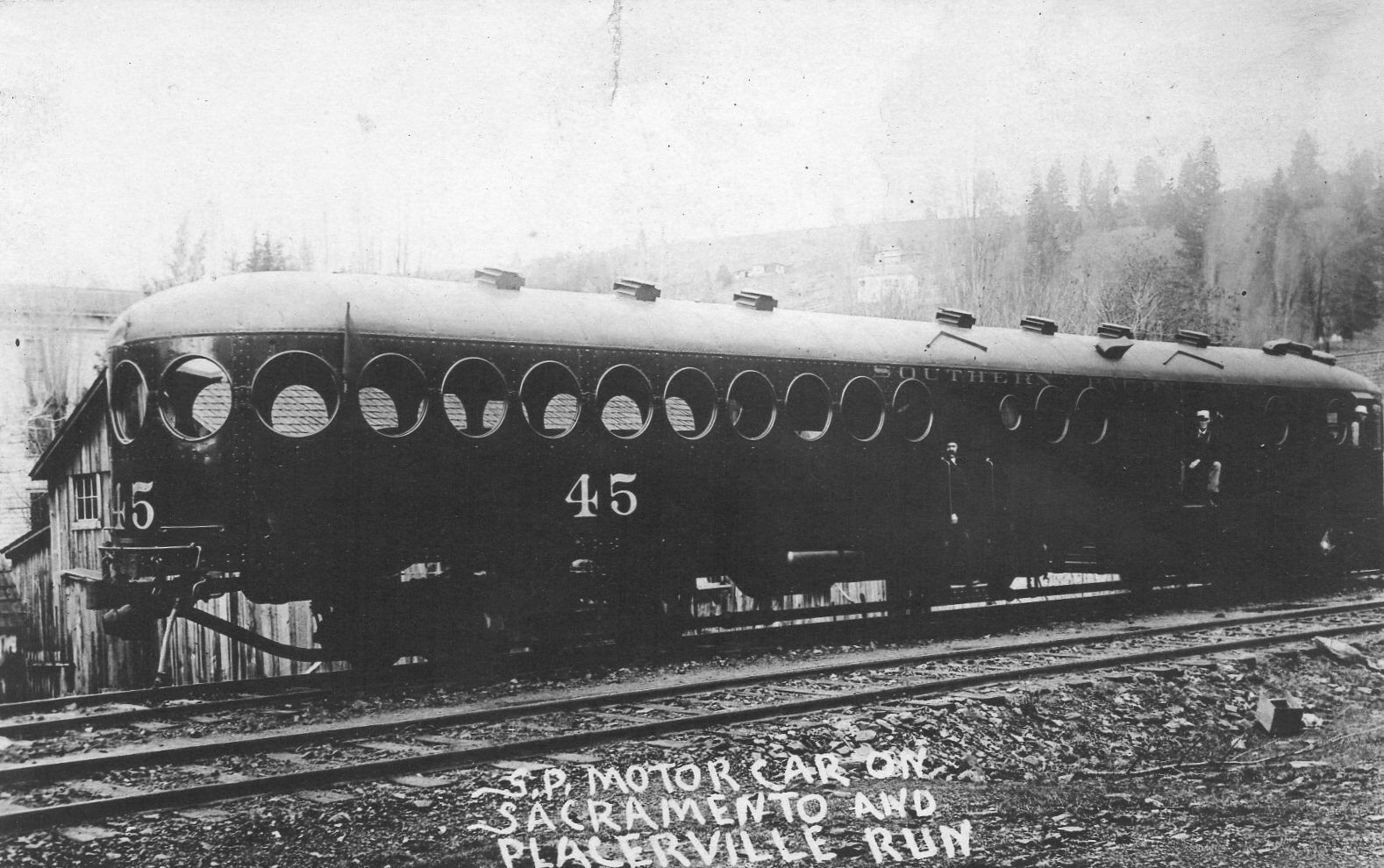 Photo of #45, likely at Diamond Springs.  This car would haul a trailer car from Sacramento on this line, but would leave it at Folsom, to then finish the run to Placerville.

Southern Pacific #45 in Sacramento at the “Gas Station” filling up before a run on July 26th, 1935 next to a rare “Silk and Tea” Car.  50 of these cars were built for S.P. by their general shops in Sacramento.