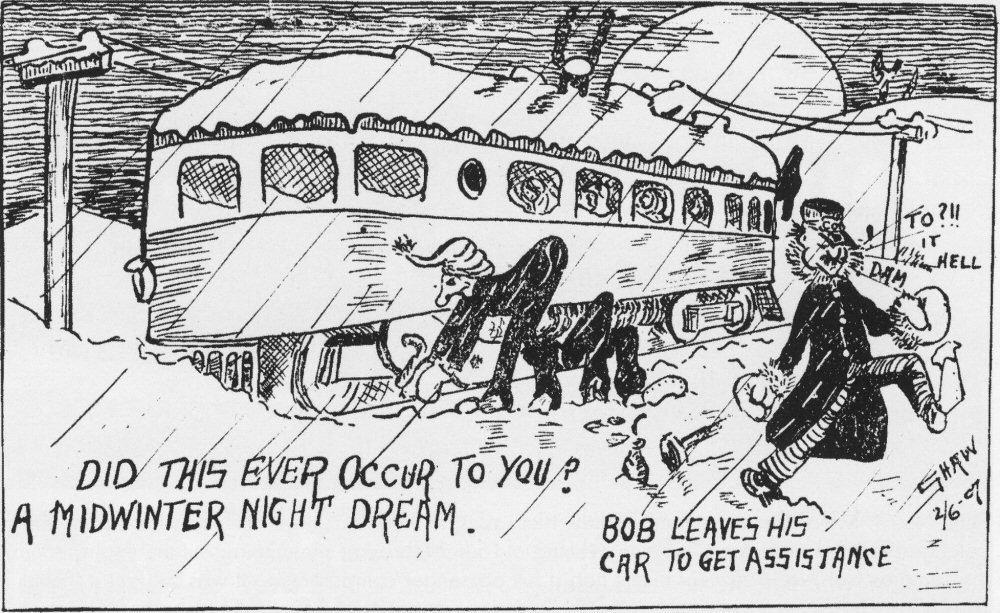 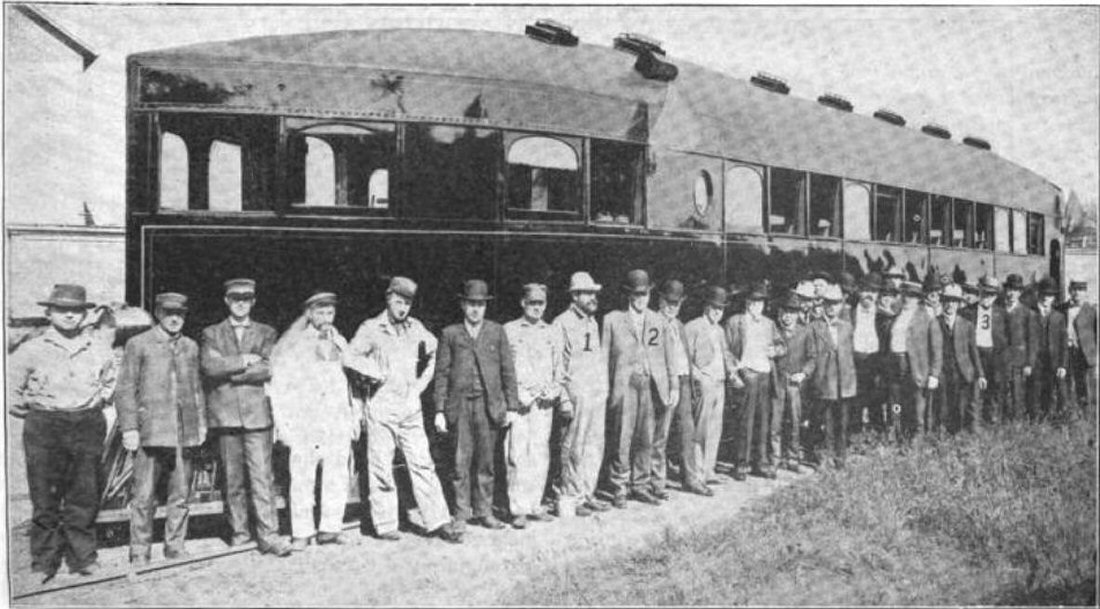 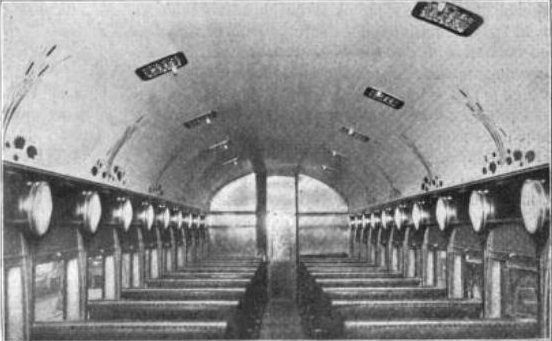 McKeen Motor Car #2 at the factory. 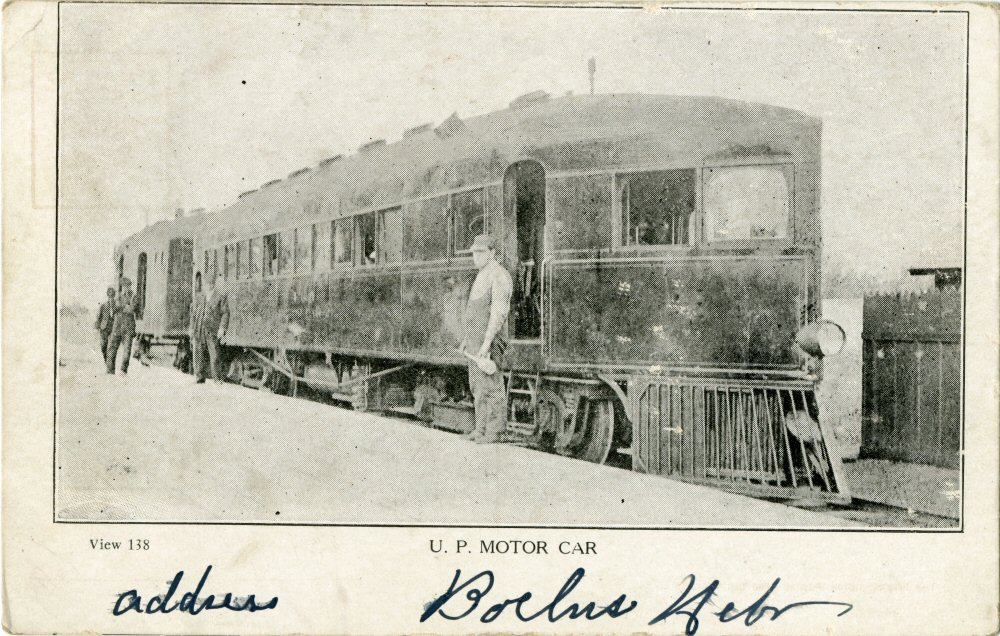 Postcard photo taken in Boelus, Nebraska, believed to be showing U.P.R.R. #2 with a trailer car.