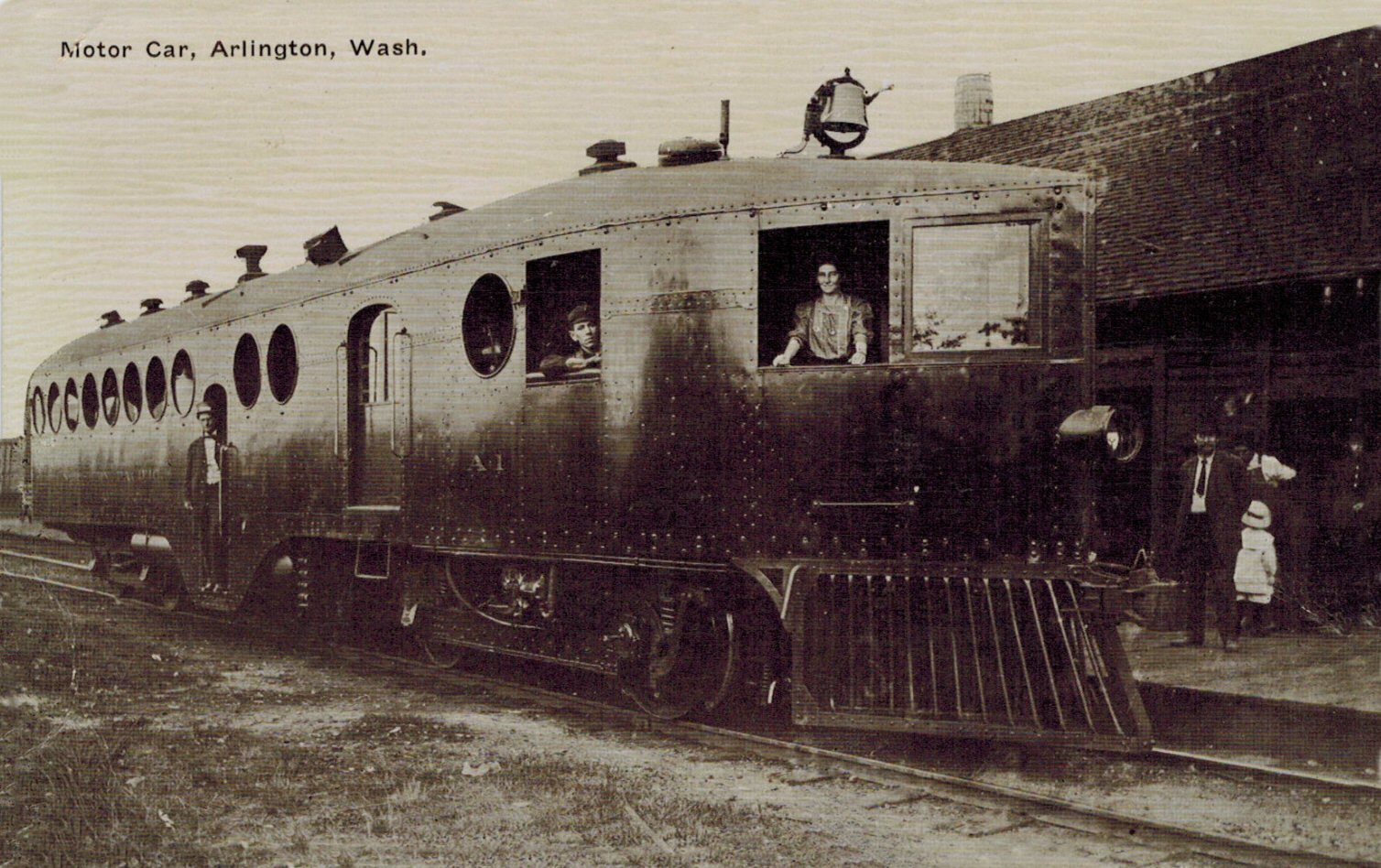 Northern Pacific “A-1” at the Station in Arlington, Washington. 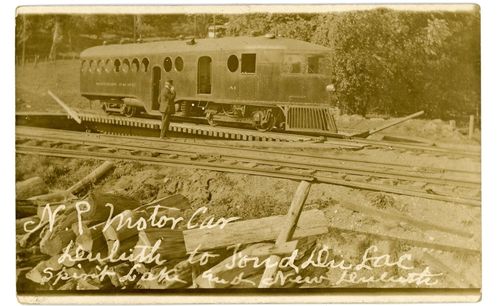 Northern Pacific A-1 McKeen Car on an “Armstrong” turntable. 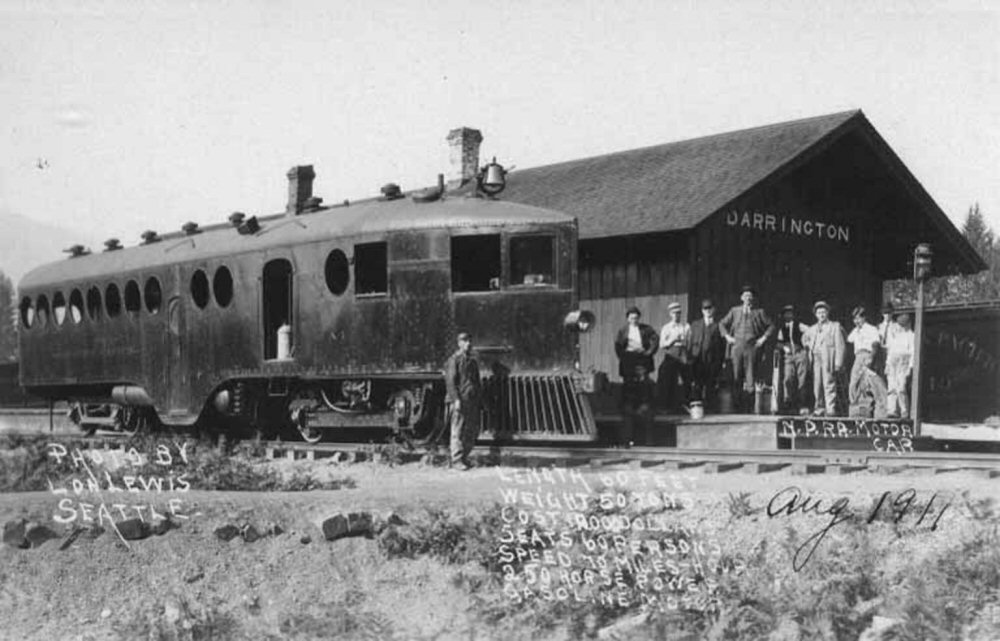 Although this is a newspaper article from Arizona for the Maricopa and Phoenix Railroad McKeen Motor Cars, this is a photograph of the Northern Pacific A-1 McKeen Car along with an interior shot of Union Pacific M-20. 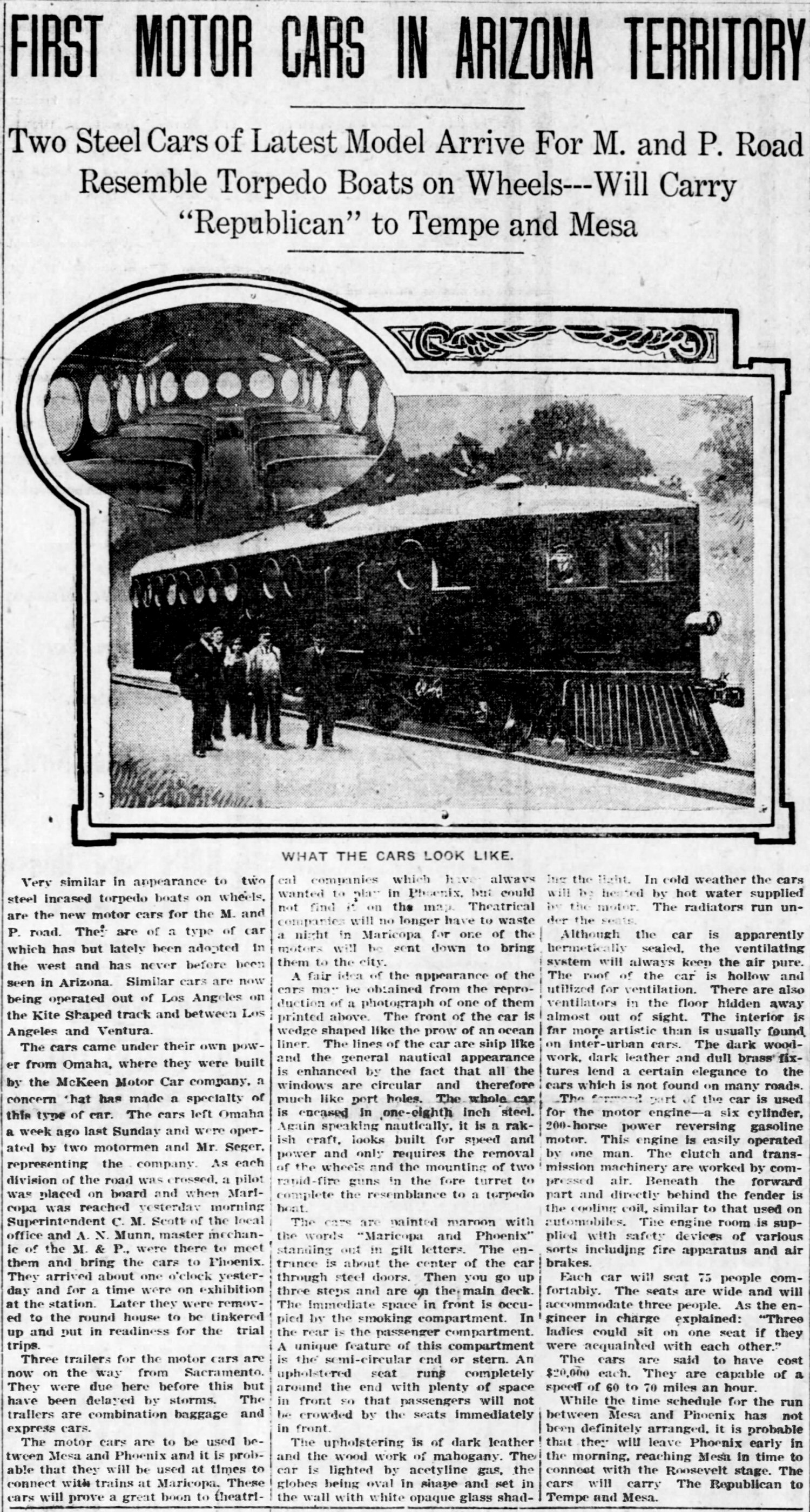 The Following is from “Railway and Locomotive Engineering” May, 1911, Page 193